Though this post dated today, some of the bird's photos may came from as old as a month ago. Year end is always a busy time for any company or institution including USM. I also missed out some other post which should have posted much earlier.. The urgency of creating this post is to highlight my sighting of a raptor which i long to see perching, a Japanese sparrowhawk. This smallish raptor is always very secretive. It always perched or roost in a hidden area. The main reason is that it can coceal itself from its prey,which are mainly smaller birds such as sparrows n munias. I was lucky to come across this bird which was particularly hunting late at dusk. It was around 6.30 p.m. while i was trying to photograph this dollarbird. It was also hunting for food, 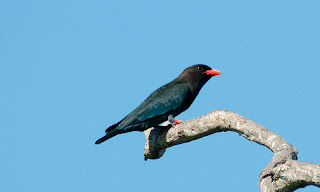 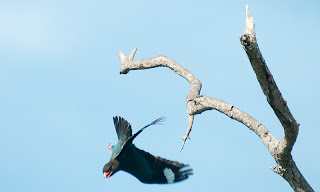 And came back with a beetle or something, 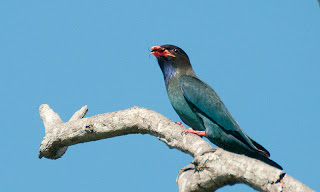 After a while the dollarbird suddenly flew off and didn't came back. It took me a few second before i saw a japanese sparrowhawk landed nearby. 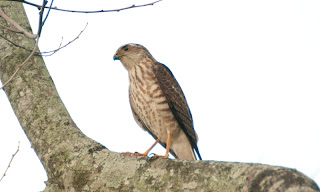 This is a juvenile japanese sparrowhawk, Accipiter gularis. Its a female judging from its yellow eyes. It's a migrant. Can be cofused with Besra but Besra will have darker mesial streaks and breast band. Though this bird recorded nearly every season here, seeing it perched is quite a rare ocassion.

Afterward, a raptor was flying quite far away. I considered it as a mysterous raptor till i got back n checked the book. I concluded it as an immature Brahminy Kite. Any comment anyone? 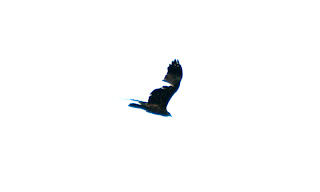 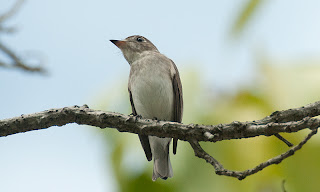 It can be seen perching on branches everywhere around the campus. The particular behaviour of tis bird as of other flycatchers, it will ocassionally fly off to catch its prey and came back to same perch again.

Some other birds which i manage to get improvement of the shots, Black Naped Oriole, Oriolus chinensis. Burung Kunyit atau Dendang Selayang. 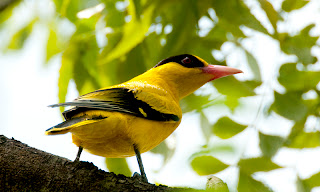 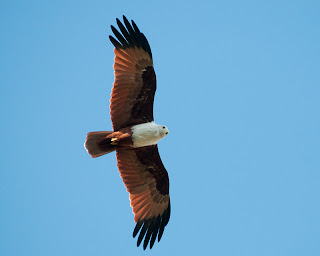 Though a house crow, Corvus splendens (Gagak rumah) is a common bird but getting them on a natural perch is quite tricky. They tend to be camera shy and skittish sometime. 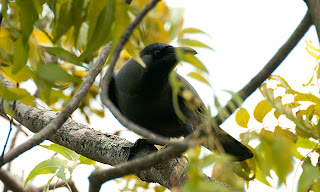 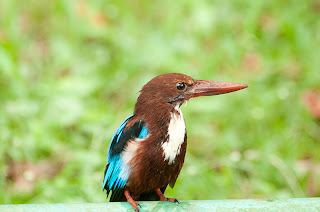