Some which i missed

Here are some of the photos which i missed or didn't manage to do a proper write up due to lack of time... I went to Juru after i heard from friends that the indian roller is back. Here is my shot but  i didn't manage to get it on natural perch... 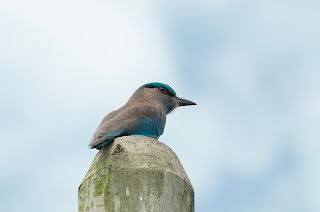 During the Raya haji holiday, i manage to squeeze some time for birding. I knew that Barn Owl was nesting in an unoccupied house in front of my house for long. But i didn't manage to get any shot of it as it didn't come out whenever i approached the house. I didn't go into the house as it will probably disturbed the bird and chasing them away..finally this time it did flew out of the house and perched nearby...there were two of them and i suppose it should be the mother and a kid.. Mother, 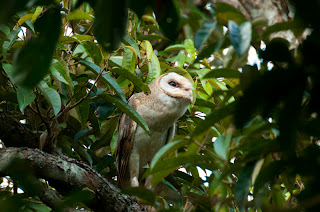 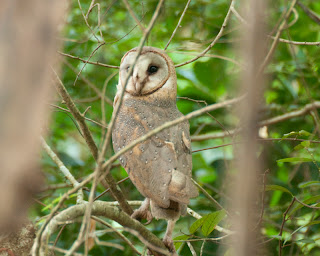 Permatang Nibong paddyfield has always been a good place for birding. In recent years it has been cultivating good numbers of Peninsular Malaysia rarities. This season, the aquila, openbill and black kite is back...i did a single visit recently and here is what i got.. Aquila on the pylon. It was very far from the road and this is the best i could get. This fella has a very pale head and i can't conclude which of the aquila it was...maybe Terence could give some idea.. 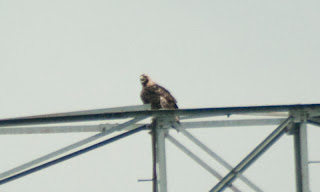 Another aquila perched on the ground. This one could be greater spotted...but still it was too far to be sure.. 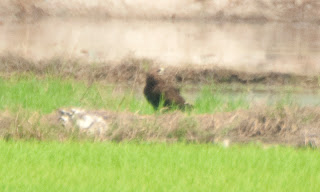 Some black kite were flying by.. 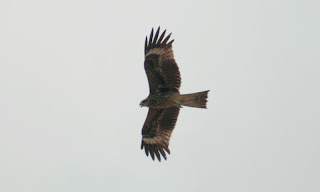 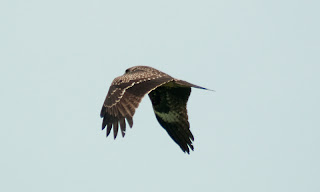 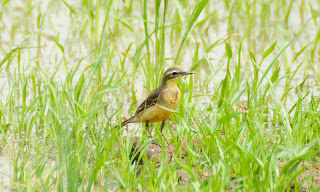 Some other bird seen at Permatang nibong was grey headed lapwing, little egrets,intermediate egret, cattle egret, great egret, brown shrike, swallows and some others..i missed the black headed ibis which was sighted later by a friend in the area..sigh!

From USM, i got this forest wagtail foraging but a little skittish to get a good shot... 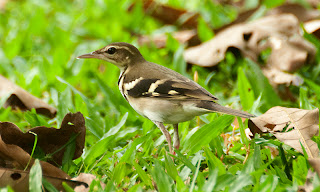 This juvenile white breasted waterhen was sighted at my kid's nursery and somehow while i'm photographing it,it came closer and closer....wonder why.. 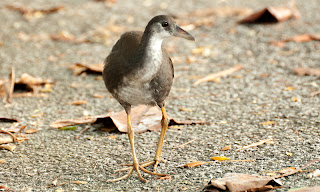 Thanks for reading. That's all..