Southern Jungle Crow or formerly known as Large Billed Crow is formerly a common resident on Penang island. Nowadays it has become quite uncommon. In USM, this large black bird can be seen flying over or calling on high trees. I've seen an attempt from this bird to sit on a nest before at the museum. I was not sure back then whether it was really nesting or just trying to attack the nest. But recently, i manage to locate a nest which is actually quite noticeable. Quite surprising for such a wary species... The nest is high up, about 10 metres. Here are some shot of it.. 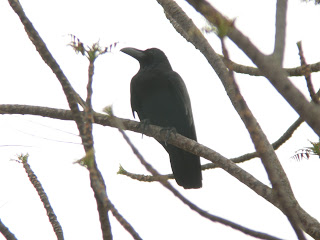 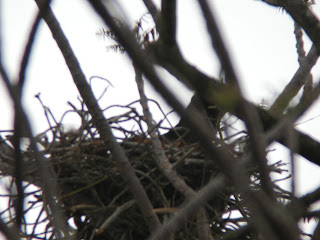 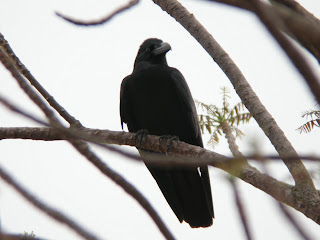 Hmmm...now only i noticed that i didn't take a shot of the whole tree...sigh! Nevermind, i'll add it up later..