After a while, i decided to go and check on the nesting southern jungle crow which i found as in previous post. When i arrived at the tree where the nest were, it is empty. The nest became quite hidden as new leaves are out. 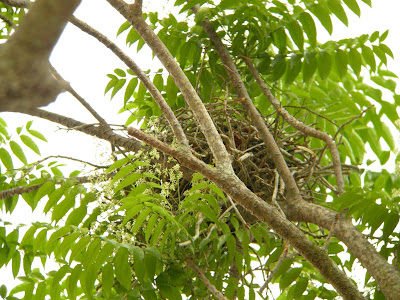 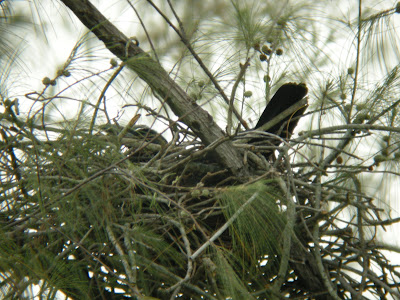 I missed to take a shot of the bird jumping out of this nest. My digiscoping skill is still very bad. Too slow. Anyway here is the shot of another bird perching nearby. 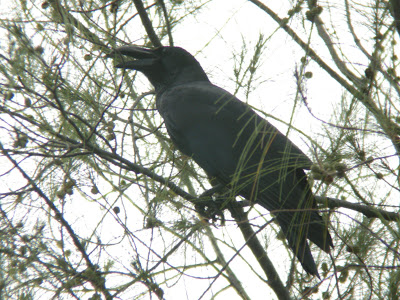 I'm confused and a bit worried. Is it me who caused the crow to move out from its first nest?
Just yesterday, i manage to squeeze a few minutes to visit the bird again. I did observe that the bird still in the second nest. But somehow, it still occasionally visit the first nest. And it makes me confused whether this bird are really nesting or is it just another behaviour of it. Can anybody shed some light on this? Thanks a lot.